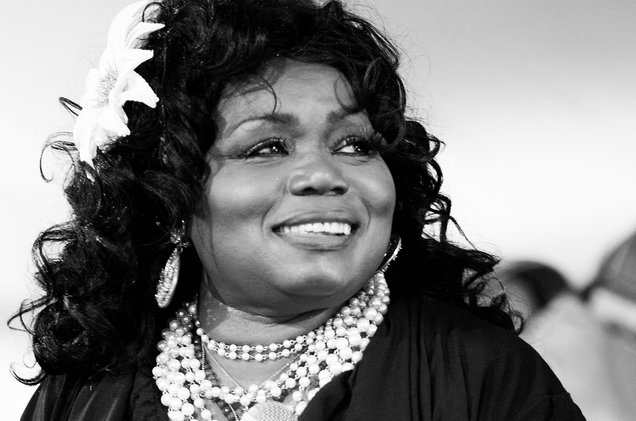 Gospel and soul singer RUBY WILSON died on Friday 12th August in Memphis. She was 68 and reports say that she had suffered a massive heart attack and never regained consciousness after being taken to the city’s Methodist South Hospital. It’s also known that in 2009 she had suffered a stroke.

Born in Texas in 1948, Ruby had her first musical experiences in church and she eventually became an in-demand session singer on both the soul and gospel circuit… working with people like Ray Charles, the Four Tops, Isaac Hayes and B.B. King. In her own right she recorded 10 solo albums and after moving to Memphis in 1972 she took up a weekly residency at BB King’s Blues Club where she earned the nickname “The Queen Of Beale Street”. Ruby regularly toured Europe and Asia and appeared in the movie ‘The People vs. Larry Flynt’ while the congregation at Al Green’s Full Gospel Tabernacle Church in Memphis often enjoyed her singing in the choir.