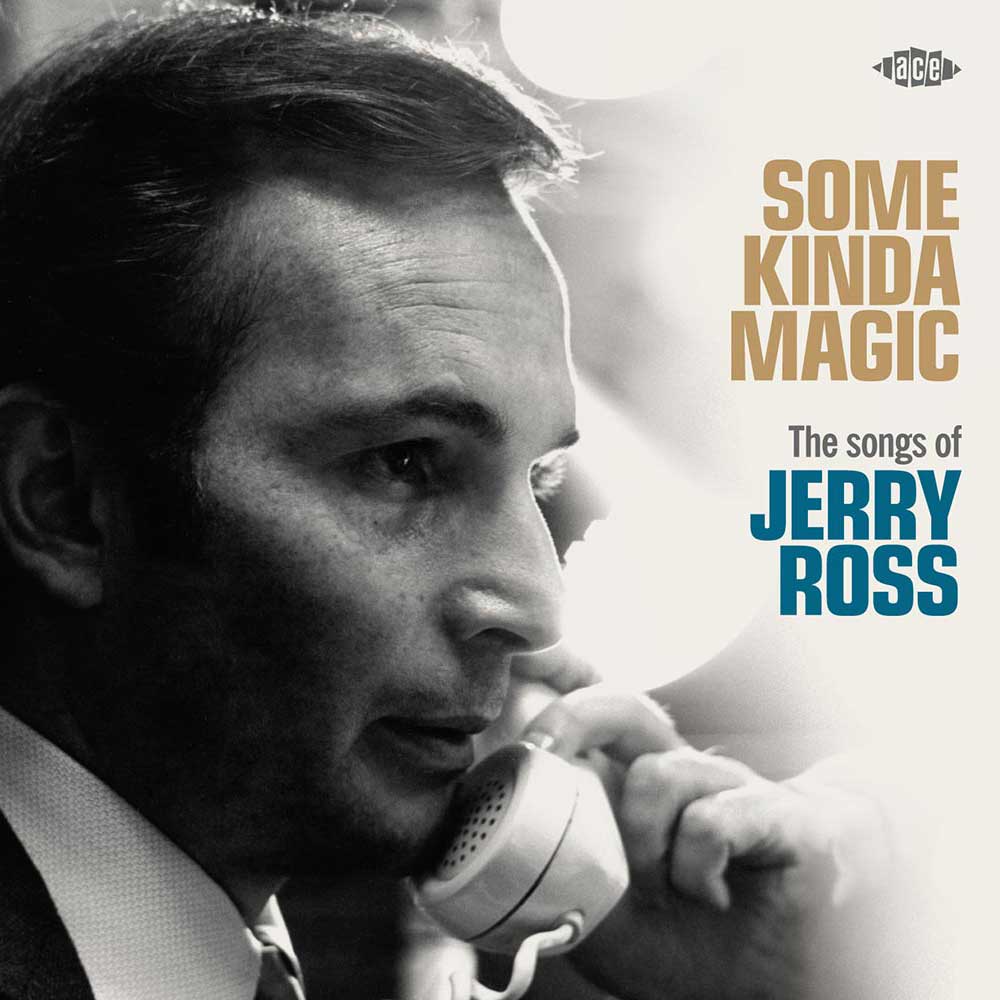 Proper soul collectors will know all about Philly muso JERRY ROSS. They’ll know that his name on the credits of a record guarantees class, quality, sophistication and a soulful purity that became the essence of the famed Philadelphia sound. And as if to prove that very point, this new tribute to Jerry (the latest in Ace Records songwriter’s series) brings together a fabulous 24 tracks that span Ross’ career.

The album begins with what is probably Ross’ best known song… ‘I’m Gonna Make You Love Me’. Jerry wrote it with Kenny Gamble and Leon Huff and it’s best known in the collaborative version of the Temptations and the Supremes. Here you can enjoy the original Dee Dee Warwick version and tribute to Jerry’s production is the fact that Frank Wilson didn’t stray too far from that template for the Motown version! The album features another song associated with Dee Dee Warwick, ‘When Love Slips Away’. It’s a sublime mid-tempo groove offered on this set in a version from a Northern Irish group, Marvo and The Marvettes. Another UK recorded tune here is ‘Hey Mr Dream Merchant’ from dear old Dusty Springfield. The song was originally recorded by Jerry Butler and to keep links working the Ace compilers include one of his best too. It’s his ‘Some KInda Magic’ which first appeared on the B side to the Ice Man’s ‘I Dig You Baby’. Collectors will be delighted to have the tune on CD for the first time!

Other soul highlights include Bobby Hebb’s ‘Love, Love, Love’ Candy and the Kisses’ ‘The 81’, Chubby Checker’s ‘You Better Believe It Baby’ and The Sapphires’ ‘I’ve Got Mine, You Better Get Yours’.

Amongst the non-soul goodies are the surf hit ‘The Beachcomber’ from Joey and the Flips and a beautiful pop ballad ‘I Can Go Wrong’ from Keith (Barry Keefer) who later joined the Mothers Of Invention! Jazz? Jerry Ross had that covered too…try Les McCann’s ‘Bucket O’Grease’.

Jerry still works around the Philly music scene, licensing product and he’ll be delighted with this formidable tribute… so too will lovers of quality music across all genres!