ROSES GROW ON YOU….. 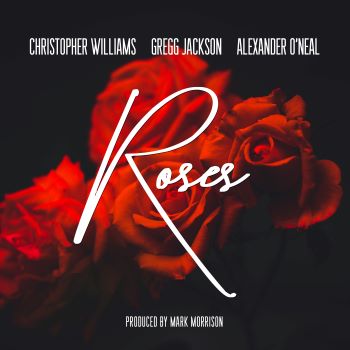 The pairing of soul crooners CHRISTOPHER WILLIAMS and ALEXANDER O’NEAL sounds like a match made in heaven. In reality though, the duo has been brought together by MARK MORRISON who’s teamed them up with singer/songwriter GREG JACKSON for a classic, slow soul jam, ‘Roses’.

Alex O’Neal needs no introduction at all to soul folk, while Christopher William is well known to soul connoisseurs.  He emerged from the Bronx in the late 80s as part of the New Jack Swing movement before winning a no.1 hit with ‘I’m Dreamin’’. Greg Jackson for his part is a respected muso who’s worked with people like James Brown, Ike & Tina Turner, Otis Redding, Herb Reed and The Platters.

Mark “return of the Mac” Morrison produced ‘Roses’ for the trio and he’s given it a real old school romantic feel in the manner of those great old Lionel Richie cuts or indeed some of O’Neal’s own classic balladry. The title and the artwork (above) are the clues to the tune’s sentiment

‘Roses’ is out now via Morrison’s own MackLife Records.