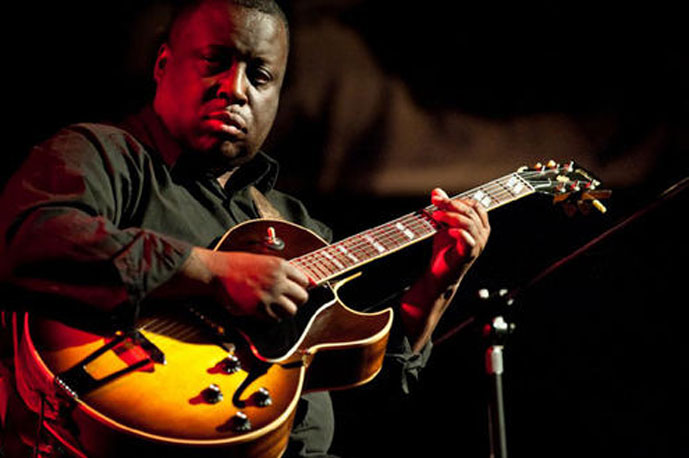 London-based jazz guitarist, RONNY JORDAN died on Monday, 13th January. He was just 51. Details of the sad passing are scant. The news was simply announced on his brother’s Facebook page.

Ronny (real name Ronald Laurence Albert Simpson) was born in London in November 1962 and became a pioneer of the capital’s Acid Jazz scene… though he preferred to call his style “Urban Jazz”. He debuted in 1992 with the LP ‘The Antidote’ from which his version of Miles Davis’ ‘So What’ became an underground soul hit. His second LP – 1994’s ‘Quiet Revolution’ – yielded another soul favourite, a great cover of Tania Marie’s ‘Come With Me’ featuring a great vocal from his sister and Nu Colours gospel singer, Fay Simpson.

Ronny also collaborated with Guru on his first ‘Jazzamatazz’ album and he went on to release six more solo sets. His career awards include being honoured with a MOBO and a “Best Jazz Guitarist” gong in the Gibson guitar awards. In 2000 he was nominated for a Grammy for his ‘Brighter Day’ album which was a US Jazz chart top ten success.