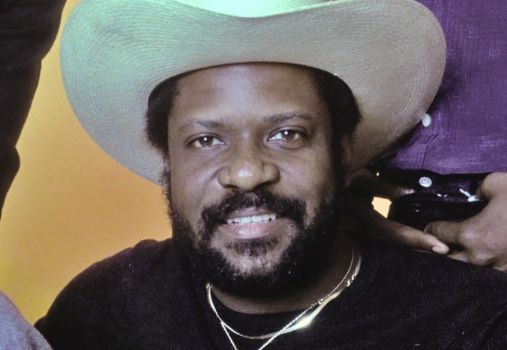 RONNIE WILSON , founding member of the GAP BAND, died on Tuesday 2nd November. US media sources suggest different ages. Some say he was 73, others just 66. The sad news was announced by his wife Linda Boulware-Wilson. She confirmed that Ronnie had suffered several strokes in the last few years with the final one striking last week. She posted: “Ronnie Wilson was a genius with creating, producing, and playing the flugelhorn, Trumpet, keyboards, and singing music, from childhood to his early seventies. He will be truly missed!!!”

Alongside brothers Charlie and Robert, Ronnie founded the Gap Band in Tulsa – the group named for a local area… Greenwood, Archer, and Pine streets in Tulsa! Everyone knows the band’s classics like ‘I Don’t Believe You Want to Get Up and Dance (more commonly known for the repeated rap “Oops Upside the Head”), ‘Burn Rubber On Me (Why You Wanna Hurt Me)’ and ‘You Dropped a Bomb on Me’, but the Gaps were also a prolific albums band with something like 15 albums to their name; they were also a stellar live attraction.

By the 1990s the Gap Band seemed to go into decline. But despite Charlie’s addiction problems the band continued to tour. In the early 2000s, Charlie quit for what was to eventually become a successful solo career. In 2010 Robert Wilson died of a massive heart attack in his California home,  aged 53.

Over the years, the Gap Band’s music has been sampled extensively – most famously by Mark Ronson on ‘Uptown Funk’. The Gap Band successfully sued Ronson in 2015 for royalties and a writing credit on that massive hit.

We’ve  also learned that garlanded recording engineer Ed Wolfrum has recently died. Detroit collectors will know all about Wolfrum’s track record. He worked at Golden World Records and at Detroit’s famed United Sound Systems – often used by Motown. Wolfrum was closely associated with many Motown musicians and he was the engineer behind the wonderful ‘Standing in the Shadows of Motown’ projects. In later life he ran his own Audio Graphics studio.