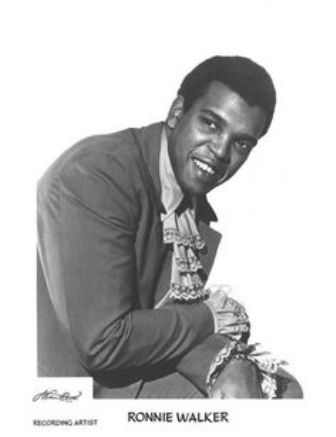 Though details are sketchy, several soul sites are reporting the death on Tuesday, 15th January of soul man RONNIE WALKER. Never a major player, nevertheless (as is sadly the way) the Philadelphian became a cult here on the Northern and rare soul scene. His songs, ‘Now I Cry’ and ‘Trouble’ were big Northern favourites and he appeared at a number soul Northern soul festivals both here and in Europe. His ‘You Got To Try Harder’ is also hugely collectable – a fine example of the classic, falsetto Philly sound in the manner of the Delfonics and Eddie Holman.

His catalogue consists of seven singles and ten unreleased cuts, all recorded for various Philly labels. He was also a song writer and, oddly maybe, his most successful writing success was Charo’s ‘Cuchi Cuchi’