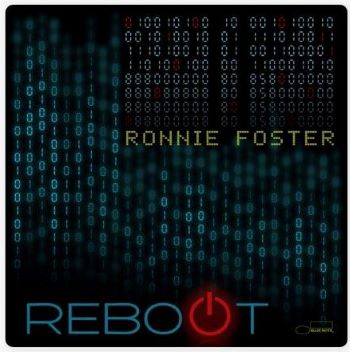 Celebrated jazz organist, RONNIE FOSTER is set to return to the musical fray with a soon to be released  new long player, ‘Reboot’. Oddly, it’s Foster’s first solo set in 36 years and with a pleasing synchronicity, ‘Reboot’ is released via Blue Note, the label for which he debuted some 50 years ago with ‘Two Headed Freap’.

The new album’s lead single is a roisterous soul-jazz take on Stevie Wonder’s ‘Isn’t She Lovely’ . Ronnie and Stevie go back ways and this splendid version is offered with full on joy. The album’s title track is another 21st century take on soul-jazz and features the leader’s son, Chris, on drums. More classic soul-jazz on ‘Swingin’’ while  the mood is  gentler on ‘Sultry Song’. The album’s big ballad is a sensitive, crystalline piano solo, ‘After Conversation With Nadia’. If Latin’s your thing, try ‘Carlos’. After a classical guitar intro, the cut breaks into a foot tapping, aggressive  Latin shuffle. I’m guessing that the tune is dedicated to the recently hospitalized Carlos Santana but my PR notes don’t confirm that. Rather,  they tell me that the 9 tracker is dedicated to  Dr. Lonnie Smith who passed last year. Foster says: “This album is dedicated to the memory of my brother, friend, Buffalo Homie and hero Dr. Lonnie Smith, who was one of the best in the world on the Hammond B3 organ.”

Ronnie Foster’s ‘Reboot’ is released via Blue Note on July 15th and will be available on D2C exclusive red vinyl, black vinyl, CD, and digital download.