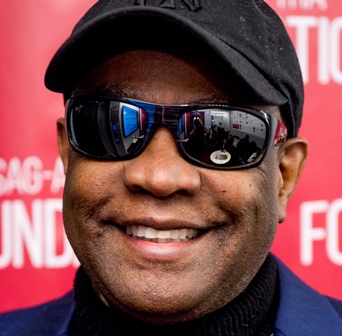 RONALD BELL (sometimes known as Khalis Bayyan, his Muslim name), founder member of KOOL AND THE GANG, died yesterday, Tuesday 9th September. He was 68 and died at his home in the US Virgin Islands. No cause of death was given but US news reports say it was “sudden”.

Born in 1951 in Ohio, Ronald founded a band, the Jazziacs, with his brother Robert in 1964. By that time they were living in Jersey City and, as the name implies they were smitten by jazz. Their father was a close friend of Theolonius Monk and Ronald had mastered the sax while Robert was a competent bassist. As the band evolved they developed a more soulful/funky sound and became the Soul Town Band but, we’re told, a billing misprint at a Greenwich Village club in 1969 had them as Kool and the Flames, which they soon changed to Kool and the Gang. (Kool being Robert’s nickname).

In 1971 they signed to the small De Lite Records and enjoyed moderate success with a series of funky singles but it wasn’t until the release of their sixth album, 1973’s ‘Wild And Peaceful’ that they started to really break through with successful singles like ‘Jungle Boogie’,  ‘Hollywood Swinging’ and the Grammy winning ‘Saturday Night Fever’ song, ‘Open Sesame’. In 1979 the band’s musical emphasis subtly changed with the addition of two vocalists, Earl Toon and James JT Taylor and working with producer Eumir Deodato they found continuing success with cuts like ‘Ladies Night’, ‘Cherish’, ‘Joanna’, ‘Too Hot’ and ‘Celebration’ – which became their signature song. Indeed Ronald cites it as his favourite song: “But after all these years, there are times at the end of the show when I see all of these people singing that song, and after all of an hour and a half, you ask them to jump up and down and they still jump up and down. That’s kind of overwhelming for me.”

The upsurge of hip-hop and the departure of Taylor in 1989 meant success for Kool and the Gang became increasingly difficult to find; though ironically countless hip-hop acts sampled their work!

Kool and the Gang received a star on the Hollywood Walk of Fame in 2015 for their contribution to the world of entertainment, and were inducted into the Songwriters’ Hall Of Fame in 2018.

Ronald Bell, a devout Muslim, is survived by his wife Tia Sinclair Bell and 10 children; as well as his brother Robert and three other siblings. The family will hold a private funeral service, and have asked that fans donate to the children’s charity the Boys and Girls Club of America.