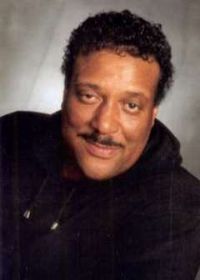 American news agencies have today confirmed the news that RON BANKS of the DRAMATICS has died. They confirmed that the Detroit based vocalist died from a heart attack but there are conflicting reports as to whether he died at home or in Detroit’s Sinai- Grace Hospital. Equally his age is given variously as 58 and 59.
The DRAMATICS morphed out of BANKS’ first real group, THE DYNAMICS, and they made their first recordings for the Wingate and Sports labels, but it wasn’t till 1971 that they saw any real success with the ever-wonderful ‘Whatcha See Is Whatcha Get’. The following year the band hit the top spot with the much-sampled ‘In The Rain’. In the way of other vocal groups THE DRAMATICS underwent numerous personnel changes and success was sporadic depending on the vagaries of musical fashion, but with just a short break in the 80s the group, with BANKS, continued to perform and record. Group soul connoisseurs cherish THE DRAMATICS’ work and songs like ‘Hey You Get Off My Mountain’, ‘Fell For You’ and ‘Toast To The Fool’ and their collaboration with THE DELLS, ‘Love Is Missing From Our Loves’ will forever remain classics of the genre.
RON BANKS is survived by his wife SANDY, four daughters and two sons.