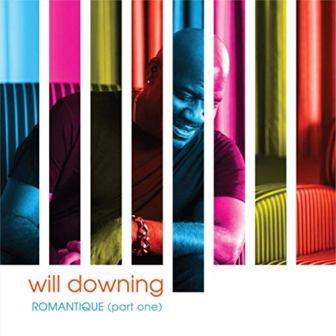 It’s less than 12 months since we enjoyed a new WILL DOWNING album… ‘The Promise’. Then last month the soul world was excited by the news that there was more new Downing music on the way. That promise came via a great duet version (with Avery Sunshine) of Dionne Warwick’s Isaac Hayes penned ‘Déjà Vu’. We were told that the track came from what was to be the first of two EPs…both entitled ‘Romantique’ … and now the first volume of that promised “EP romance” is officially released and the five tracker fully lives up to the expectations that ‘Déjà Vu’ awakened.

Aside from ‘Déjà Vu’, the four other songs on the mini album are Lou Rawls’ ‘You’ll Never Find Another Love like Mine’, Will’s own ‘If She Knew’, John Coltrane’s jazz standard ‘My One And Only Love’ and the soul standard ‘Never Can Say Goodbye’.

In truth, these “new” versions are respectful… but why not? The selections are all such great songs (the Downing original is no way out of place amongst such exalted company), so why take liberties? What Will does is deliver a true tribute to some of his heroes and influences… he just lets the songs and his remarkable voice do the talking!