RODINA … AND THE SUN 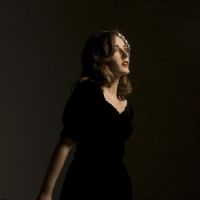 Though born in Ireland, music debutante RODINA lives and works in Leeds where she is a busy part of that city’s lively music scene… indeed some have made comparison between her and the Yorkshire city’s very own CORINNE BAILEY RAE. Anyway, you can now make up your own minds about that via the lady’s first release – an enigmatic two tracker – ‘Always Had a Dream’ and ‘Over The Sun’. Both do have a trace of Ms RAE in their coolness but others might detect a hint of AMY WINEHOUSE or indeed any of the new wave of UK retro soul wannabees. The sound similarity might come from the use of the famed and ubiquitous HAGGIS HORNS. But listen hard and you’ll hear a more ethereal quality to RODINA’S music and you can do that via the usual download outlets. The lady’s full album ‘Over The Sun’ will be released later in the year.