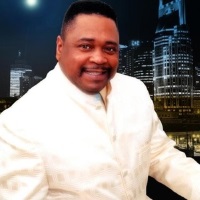 Sometime lead singer with BLUE MAGIC, ROD WAYNE died on Tuesday 15th November. Few details of his passing are available at the moment.

Wayne joined the Philly harmony group in 1990 to replace original singer Ted Mills. Though by then Blue Magic were past their heyday, they toured regularly and were particularly popular on the oldies circuit.