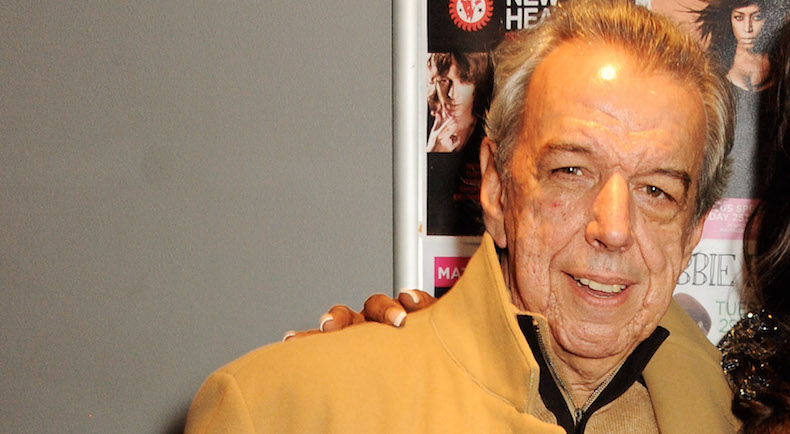 Today it was sadly announced that song writer extraordinaire, ROD TEMPERTON has died at the age of 66. His family have requested total privacy and indeed, sources say that the funeral has already taken place.

Spokesperson Jon Platt of Warner/Chappell music publishing said that Rod died after “a brief aggressive battle with cancer”. He added; “His family is devastated and request total privacy at this, the saddest of sad times.”

Temperton was born in Cleethorpes, Lincolnshire in October 1947 and he always said his musical career, especially his writing skill was down to his father; “My father wasn’t the kind of person who would read you a story before you went off to sleep. He used to put a transistor radio in the crib and I would go to sleep listening to Radio Luxembourg, and I think somehow that had an influence.”

Rod’s first proper job was working a frozen food factory in Grimsby but in 1974 he joined a band that US singer Johnnie Wilder was putting together. That band was of course Heatwave who went on to enjoy massive success with songs like ‘Always And Forever’ and ‘Boogie Night’ – both penned, of course, by Rod Temperton.

In 1978 he left Heatwave and he was soon contacted by Quincy Jones who was looking for writers to work on a new Michael Jackson album … ‘Off The Wall’. Jones (pictured here with Rod and engineer Bruce Swedien) admired Temperton’s work with Heatwave and the writer went on to pen three songs for the album…. the title track, ‘Rock With You’ and ‘Burn This Disco Out’. He then went on to write three more for ‘Thriller’ – the title track, ‘Baby Be Mine’ and ‘The Lady in My Life’. ‘Thriller’ became the best-selling album of all time in the US, with 32 million copies sold but by now Temperton’s status was such that many major artists were queuing up for his songs. Amongst those he wrote for were… Anita Baker, Donna Summer, Aretha Franklin, Michael McDonald, George Benson, Patti Austin, Manhattan Transfer and The Brothers Johnson.

Temperton won a Grammy Award in 1990 for his work on ‘Birdland’, from Quincy Jones’s album ‘Back on the Block’. Earlier he was nominated for two Oscars in 1986 for his work with Jones on the soundtrack for ‘The Colour Purple’.

Since the 90s Rod Temperton has kept a decidedly low profile. SOULJAZZANDFUNK know of several music sleuths who have tried to track him down…. to no avail. In this digital age, all they’ve managed to find is an infrequently used Twitter account… with just over 1,000 followers. The answer to the mystery seems simple. Rod Temperton was, despite his huge success, an intensely private person. Indeed within the music biz he was nicknamed “The Invisible Man”. And, you know, if you’ve written, amongst other things, ‘Off The Wall’ and ‘Thriller’ do you really need any self publicity and celebrity notoriety. Rod’s music speaks for itself….