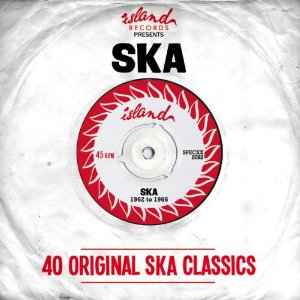 A good number of soul folk are partial to Ska and old school Reggae and those who are will be delighted by two new UMC/Spectrum compilations that spotlight the very best Ska and Reggae released on CHRIS BLACKWELL’S iconic, old Island label.

The first two CD pack is simply called ‘Island Presents Ska’ and covers the years 1962-1966. The 40 featured tracks were all licensed by a young BLACKWELL from many of Jamaica’s top producers and studios and amongst the featured artists are DESMOND DEKKER, THE SKATALITES, JIMMY CLIFF, THE MAYTALS, LAUREL AITKEN, DERRICK MORGAN and a young BOB MARLEY who offers ‘One Cup Of Coffee’ – simple, catchy and quite beguiling.

‘Island Presents Rock Steady’ takes the label’s story from 1967 to 1968 and illustrates how Jamaica’s musicians slowed down the Ska rhythms to create a “new” sound – Rock Steady – that was more suited to dancing in the intense, summer, Caribbean heat. More mature and sophisticated than Ska – yes, but the very best of Rock Steady (as represented here by people like DERRICK HARRIOTT, THE VICEROYS, PAT KELLY, JOE HIGGS and THE UNIQUES) was just as beguiling. Look out for covers of THE IMPRESSIONS ‘Gypsy Woman’ and ‘A Man’s Temptation’ showing the huge influence CURTIS MAYFIELD had on Caribbean music.