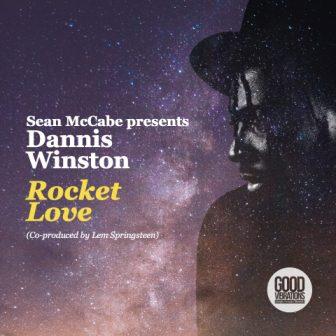 SEAN McCABE is the entrepreneur/producer/mixer behind Good Vibrations Music and his latest outing is a jazzy, summery dance groove…. ‘Rocket Love’ – credited to SEAN MCCABE presents DANNIS WINSTON. Wilson, some might know, is a rising New York soul man and one time protégé of soul great Jean Carn while the tune was written by McCabe and Mood II Swing producer Lem Springsteen.

The cut comes in two principal mixes… Sean and Lem’s Main Vocal mix and Sean’s Rocket-Funk Remix. The former is sweet and bumpy while the latter is tougher and, yes, funky. Both feature a tasty trumpet solo from Mega Musick but the icing on all the mixes is the lithe and lively vocal from Winston. Someone cleverer than me said that this rocket takes you to soulful house heaven…. can’t disagree!