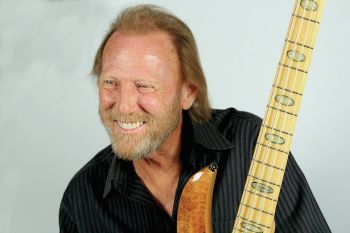 ROCCO PRESTIA long-time bassist with TOWER OF POWER died today, Wednesday 30th September. He was aged 69 and had been in hospice care for some time. Rocco had been seriously ill since 2001 and a foundation was set up to help pay his medical costs. In 2014 he underwent liver transplant surgery.

Born in 1951 in California, Prestia’s first instrument was the guitar but when local band the Motowns, led by sax man Emilio Castillo, were looking for a bassist, Prestia was persuaded to switch to bass. To secure gigs at places like the famed Fillmore, Castillo changed the band’s name to Tower Of Power and the rest is history!

Prestia was a band mainstay who helped develop the percussive much used fingerstyle funk bass technique though he was always quick to cite James Jamerson and the bassists in James Brown’s bands as his primary influences. He played on all Tower Of Power’s major albums and in 1999 issued his own album as leader, ‘Everybody On The Bus!’