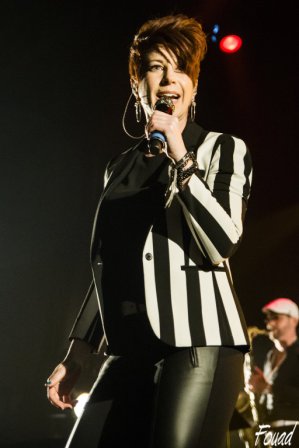 The ever-lovely, yet elusive, ROBIN MCKELLE brings her soul show to London in March for – as they say -one night only!!! Robin and her band the Flytones will be appearing at Camden’s Jazz Cafe on Thursday 19th March with a show start time of 7:00pm.

Robin of course is best known for her two scintillating soul albums – ‘Soul Flower’ (which featured the wonderful ‘Fairytale Ending’) and the critically acclaimed ‘Heart Of Memphis’. Though based in America, Robin spends much of her time touring in France where she’s revered as a soul super star – rightly so!

The Jazz Cafe show is her only UK gig on the current tour and on the night she’ll be supported by Dutch jazz/funk band, Tristan, who are bringing over Atlanta-based soul man Heston to sing with them at the gig. He’s featured on their latest single (see our recent news story).