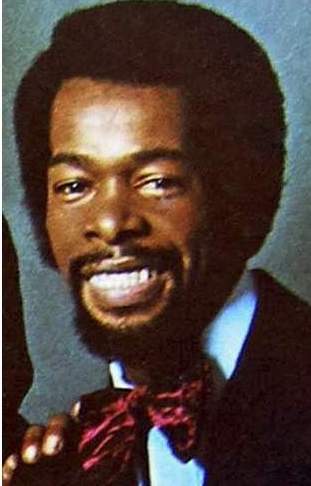 ROBERT ‘BIG SONNY’ EDWARDS of famed Philly vocal group, the INTRUDERS died on Saturday October 15th. He was 74. Reports suggest that Edwards suffered a sudden heart attack at his Philadelphia home and died at a local hospital.

The news of his sad passing was announced by Philadelphia International Records co-founders Kenny Gamble and Leon Huff. The Intruders were particularly dear to the duo; the group were one of the first that they signed to their fledgling Gamble imprint. In a joint statement Gamble and Huff said: “The Intruders, featuring Big Sonny and the rest of the original members, helped start our musical career as a team. Not only was the group one of the first artists we wrote for and produced, they were also our close friends.”

The Intruders began their musical odyssey as a do-wop group with the line up of Robert Edwards, Phil Terry, Sam “Little Sonny” Brown and Eugene “Bird” Daughtry. In 1966 they signed to Gamble Records and scored a hit with ‘(We’re Gonna be) United’ –an early example of the classic Gamble/Huff sound. In 1968 they enjoyed bigger success with ‘Cowboys To Girls’ an indeed its told that it was the success of the Intruders that convinced Columbia Records to provide some of the finance for Gamble and Huff to set up Philadelphia International. In 1970 lead singer Little Sonny Brown was replaced by Bobby Starr and the group enjoyed success with ‘Win, Place Or Show’. Then in a turn around Brown was back to front what is possibly the group’s best known song, ‘I’ll Always Love My Mama’.

The Intruders disbanded in 1974, though Daughtry re-launched them in 1984 without any other original members. After one album for the UK Streetwave label, they disbanded too for Bobby Starr to then launch another reincarnation.

Daughtry died in 1994; Brown committed suicide after years of drugs misuse and now Edwards’ death leaves just Phil Terry from the original line up. This week he wrote: “Not only was Big Sonny my long-time friend for over 59 years, he was like a brother to me. He was clearly the heartbeat of the group and had a positive impact on all of us.”

Big Sonny Edwards is survived by his wife Deborah Edwards, son Nijer Edwards and two grandchildren. Memorial services will be held on Oct. 29 at Kingdom Hall of Jehovah’s Witnesses in Philadelphia.