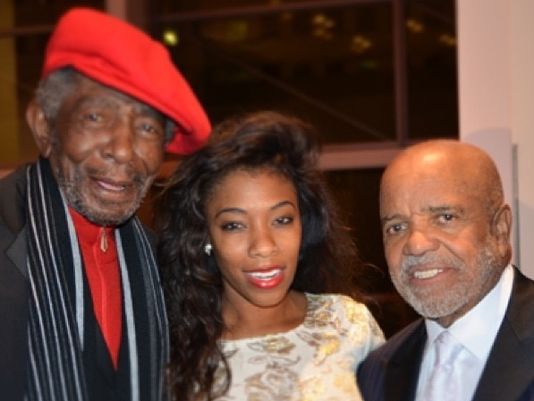 With the saddest of coincidences, in the week that Sonny Sanders died, it’s been announced that fellow member of early Motown group the Satintones, ROBERT BATEMAN has also died. US news agencies are reporting that Bateman died on Wednesday, 12th October from a heart attack. He was aged 80 and though he lived in Detroit, he died in Los Angles where he had been attending an awards ceremony. Sometime during his stay in LA he suffered a cardiac arrest and slipped into a coma from which he never recovered.

Robert Bateman was born in Detroit in 1936 and he became one of the first employees of Berry Gordy’s fledgling Motown. Somewhat oddly he was hired as a backup singer AND engineer and amongst his first tasks was to set up the first used recording equipment for the label (a tape machine discarded by Detroit radio station WJLB). In 1959, along with Chico Leverett and Sonny Sanders he formed the Satintones whose first record was ‘Going To The Hop’ for the Tamla imprint.

By 1961 it was clear that the Satintones were going nowhere so Bateman turned to writing and production. His first major success was co-authoring and co-producing ‘Please Mr Postman’ for the Marvelettes. After leaving Motown, Robert re-located to New York where he worked with Wilson Pickett and Florence Ballard after she’d left the Supremes.

Bateman returned to Detroit in 1970 and found work in local recording studios. In recent years he was a regular at Motown reunions and his last public appearance in Detroit came in August in Dearborn, where he was inducted into the R&B Hall of Fame.

In our picture above, Robert Bateman is pictured left, with Motown founder Berry Gordy Jr. (right) and great-niece Lauren Stovall. In the Satintones picture (below), Bateman is far right.