RISE TO THE OCCASION…. 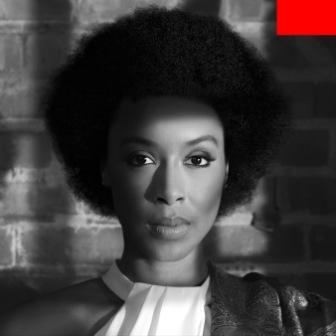 Right at year end a new album has captured the attention of seekers of a kind of soul that’s not based around the usual formulaic or retro inspired grooves that all too often is the current norm.

Album in question is ‘Rise’ from Washington DC-based neo soulster CAROLYN MALACHI. A graduate of Shepherd University, Ms. Malachi describes her musical philosophy thus; “Each of our paths is unique. Music is the intersection where we pause for collective conversation. Music is universal.” Clearly she’s no run-of-the-mill soul singer and the music on ‘Rise’ offers plenty of material for “collective conversation”.

Sonically ‘Rise’ offers classic neo-/nu soul flavours of the Jill Scott school. Lyrically there’s plenty to inspire and provoke, like ‘We Like Money’ and ‘If You Ever Lay A Hand On Me’ and as is the way with neo/nu soul long players the platter is liberally sprinkled with organic rapping, intros, outros, interludes and epilogues.

We’re told that ‘Rise’ is the first part of an album trilogy called ‘Rise of the Modern Natural.’ Encapsulating what she’s trying to achieve Carolyn says: “This album is the soundtrack to transition, the less-than-glamorous journey from living a double life, working a full-time job and moonlighting as a musician, to working full time in my craft. I wouldn’t change a beat of it.”

‘Rise’ by Carolyn Malachi is out now