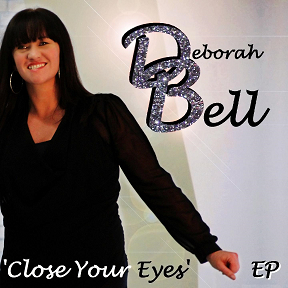 Though she’s been around for something like 15 years as an acclaimed and in-demand backing singer and seasoned sessioneer, 2014 was the year that UK soul singer DEBORAH BELL started to win some acclaim for her own work. You see, Deborah was one of the featured vocalists on the Groove Association’s lovely ‘3AM’ album. (Check our reviews archive). The album, put together by Brit soul veteran Georgie B, topped the UK indie soul chart and people demanded to know who the great lady vocalist was.

Well now they know it was Deborah, they can enjoy more of her stylish, committed delivery on a 6 track EP called ‘Close Your Eyes’ that’s just been released on Echo Records.

The mini album’s title track is a proper modern soul gem. The clipped beater is perfect for the sophisticated dance scene and may well remind you of those great tunes that Drizabone remixed on Lisa Stansfield. ‘Satisfy You’ offers more of the same while ‘Precious Love’ is another goodie… more mid-tempo, it’s a great smooth Quiet Storm moment. The other brand new song is another sweetie. It’s ‘For All The Love In The World’ and, with hint of reggae about it, it’s quite infectious in the way that the best of Dennis Brown and Aswad was.

The EP’s two remaining tracks will be more familiar to those who know Groove Association. The EWF-flavoured ballad ‘When A Woman Falls In Love’ was always a highlight on ‘3AM’ and deserves re-visiting here, while another of that album’s tracks – ‘Do You Remember’ gets a lovers rock makeover.

New song/ old tune… what holds it all together is Deborah’s fine soulful vocals…. expect to hear more of Deborah Bell through 2015… and, by the way, she deserves a better headline that the one topping this piece!!!