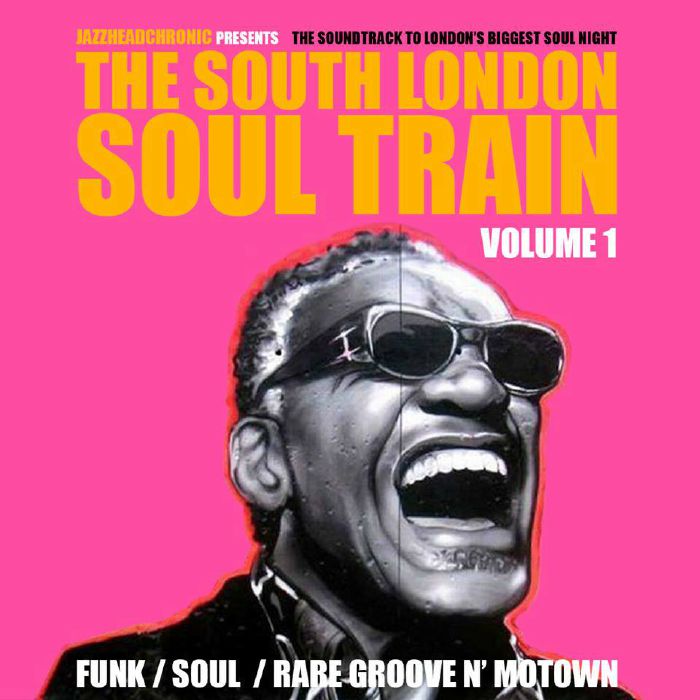 Back in March 2011 DJ JAZZHEADCHRONIC (aka Mickey Smith) started his twice monthly SOUTH LONDON SOUL TRAIN nights at the CLF Arts Cafe in Peckham’s Bussey Building. Held on the first and third Saturdays of each month, the seven hour show is a mix of funk, soul, rare groove, disco and much much more. Now known as one of London’s top soul nights, the gig has attracted some of the UK’s best bands and DJs – people like Snowboy, Nik Weston, Patrick Forge and Omar amongst them. The event’s always been welcoming and all-inclusive with the focus on the music and the dancing.

If you can’t get to the event you can now get on board the via a brand new 15 track compilation – ‘THE SOUTH LONDON SOUL TRAIN Volume 1’ – the very first release on Chronic Fonk Records. The set is a snapshot of the night and reflects the eclecticism of the music that’s played out.

There’s lashings of classic soul, obviously … Gloria Jones’ ‘Tainted Love’ and Marvin’s ‘Wherever I Lay My Hat’ amongst the cuts; there’s lots of left-field items like The Hot 8 Brass Band’s acclaimed version of ‘Sexual Healing’ along with Magic Drum Orchestra’s ‘Ragga Samba’. You get a nod to where it all started with Ray Charles’s ‘What I’d Say’ which sits cheek by jowl with the Havana Cultura Band’s ‘Arroz Con Polo’.

Top all that with classic disco… Patrice Rushen’s ‘Haven’t You Heard’ and a great Dmitri From Paris remix of Chic’s ‘I Want Your Love’ and you have a mighty varied yet wholly satisfying soul experience…. just like a proper night with the South London Soul Train crew.

The album is available now and you can find out more @ www.chronicfonk.com