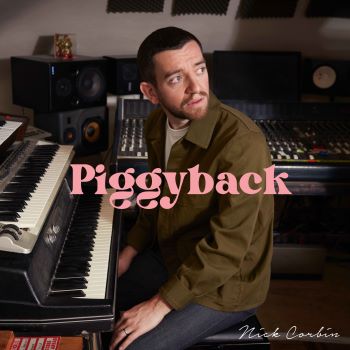 Hot on the heels of his acclaimed ‘Deeper In Love’, NICK CORBIN is set to release a new single with more of that special retro soul feel. This new tune is an urgent ‘Piggyback’ which Nick says was inspired by the music of people like Isaac Hayes and Lonnie Liston Smith. It’s up-tempo with  synth strings building tension alongside a menacing guitar riff and some haunting brass stabs.

Nick says the song, “is a social commentary on the idea that we all become more successful only by associating with people higher up the ladder than ourselves.

As with ‘Deeper In Love’, Nick is supported by a stellar line-up of musicians – people like Mick Talbot on Hammond and Wurlitzer and a horn section of Tom White (Labrinth) and Paul Jordanous (Rag ’n’ Bone Man). The producer is ever-depenadble soul man Ernie McKone (in tandem with Mitch Ayling) and ‘Piggyback’ will be available from August 27th with a vinyl release to follow with  the superb ‘Deeper In Love’ on the flip side.