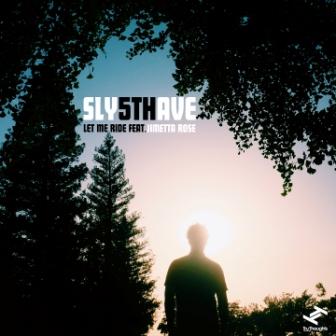 Adventurous soul seekers might know about SLY5THAVE. Born in Austin, Texas, Sly5thAve is the alter ego of Sylvester Onyejiaka who grew up listening to the contrasting sounds of West African music, soul and jazz. Then a period of study at University of North Texas, before work with Philip Lassiter and two years in Prince’s New Power Generation. Since then the multi instrumentalist has worked with people like Stevie Wonder, The Dave Brubeck Quartet, Janelle Monáe and Quantic.

With one album, an EP and a couple of 45s under his solo belt, Sly5thave is about to release a brand new single – ‘Let Me Ride’ which features vocals from Jimetta Rose. Unusually for these days, the song was recorded with a full orchestra, and this arrangement is Sly5thAve’s homage to one of his musical heroes , Dr Dre.

‘Let Me Ride’ is an odd, bumpy groove that the artists calls “an epic cosmic freak-out”… make up your own minds when the cut wins release on Tru Thoughts on 20th October.