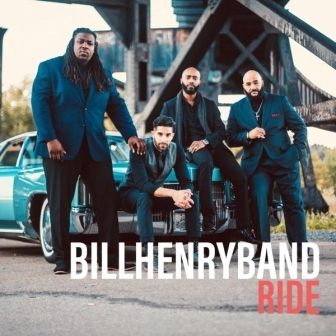 Chart anoraks will have noticed that an album currently doing very well on the US soul charts is ‘Ride’ from THE BILL HENRY BAND. Sadly we don’t know too much about “the Bill Henry Band” save that they formed in 2016, in Pittsburgh and right now they are the “Steel City’s” preeminent live R&B act regularly selling out performances, with a loyal fan base that eagerly attends their regular outings at local venues Rivers Casino and the Savoy.

The album’s lead single is the smooth and catchy ‘Slow Down’ and its commercial appeal reminds me of what “beach music” is all about. Now my US geographical knowledge isn’t that good but I’m pretty sure that Pittsburgh is a good way away from the Carolina beaches… but if you know beach music, you’ll understand what I’m talking about. It’s smooth, it’s poppy, it’s optimistic and, above all else, it synthesises the best of commercial soul with a very contemporary edge and that’s the sound of the Bill Henry Band.

‘Slow Down’ is a strong tune, but the LP’s title track is even stronger, but across this ten tracker there’s nothing not to like… it’s out now