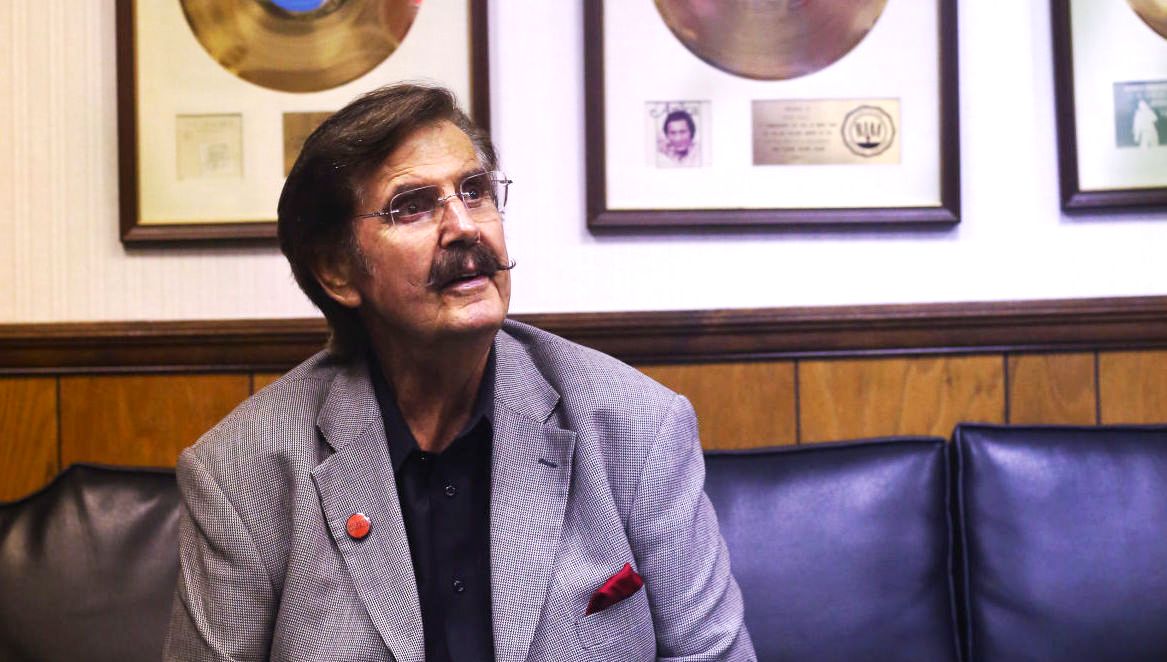 Legendary record producer RICK HALL died yesterday, Tuesday, January 2nd. He was aged 85 and passed away at his home in Muscle Shoals after returning from a stay in a local nursing home shortly before Christmas.

Born Roe Erister Hall in 1932 in Forest Grove, Tishomingo County, Mississippi, Hall straddled the worlds of soul, pop, gospel and country and worked with some of the most iconic artists in those genres.

As a child he learned to play mandolin and guitar in the established country style and his entry to the music world was as a songwriter in the fifties. He penned country flavoured songs for artists like George Jones, Roy Orbison and Brenda Lee. Hall was to marry his first wife, Faye, in 1955. Tragically she died in a car smash 18 months later; two weeks after that his father died in a tractor accident and a young Hall found solace in drink. However in 1959 he set up his own music publishing company in the town of Florence, Alabama… “Florence Alabama Music Enterprises” ….i.e. FAME.

Then the following year he set up FAME Studios in Muscle Shoals, where one of his first recordings was Arthur Alexander’s classic ‘You Better Move On’. Licensed to Dot records, it was a hit and with the royalties Hall improved his studio facilities. His other major early success was Percy Sledge’s ‘When a Man Loves a Woman’ on which he worked with producer Quinn Ivy. The success of that song encouraged other artists to come down to Muscle Shoals to work with Hall at FAME ; amongst them are Wilson Pickett (pictured with a young Hall, below), James and Bobby Purify, Aretha Franklin, Clarence Carter, Etta James, Otis Redding, Candi Staton, Etta James and Arthur Conley.

By the late 60s he had established his own FAME label – an outlet for people like Clarence Carter and Candi Staton (the pair were later to marry). In the 70s Rick worked with a long list of pop artists all eager to have some of the Muscle Shoals magic rub off on them and later he moved more into the country arena.

In 1971 Billboard named Rick Hall producer of the Year and in 1985 he was inducted into the Alabama Music Hall of Fame. In 2014, Hall was awarded the Grammy Trustees Award. Hall published his memoirs in a book titled ‘The Man from Muscle Shoals: My Journey from Shame to Fame’ in 2015.

The sale of two of his six publishing companies made Hall very wealthy and enabled him to donate a mansion he had built to a charity for children from a background of poverty…. like his own.

Rick Hall is survived by his second wife, Linda, whom he married in 1968, and by three sons, Rick Jr, Mark and Rodney, and five grandchildren.