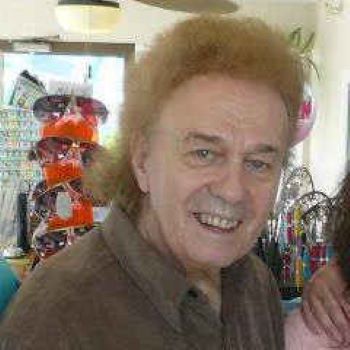 US soul social media sites are reporting the death on Tuesday 15th December of Philadelphia music stalwart RICHIE ROME. Few details are known about his passing save that Richie was aged 90.

Born as Richard V Di Cicco in Philadelphia, in a lengthy behind the scenes career, Richie worked as composer, arranger, producer, orchestra leader and soloist working with countless Philly artists.

His career began inauspiciously in 1958 when as Richard Rome he released a single ‘Bluebird Of Happiness’ on Swan Records. Then in the 60s, he moved into production and arranging, working with pop group The Lovin’ Spoonful. He then went on to work with the Tymes, the O’Jays and Peaches and Herb. As disco became the dominant musical force, he formed the RITCHIE FAMILY – a trio that topped the charts with ‘The Best Disco In Town’. At this time, he also orchestrated lush, sophisticated backing tracks for artists like Lou Rawls, Patti LaBelle, Phyliss Hyman and The Three Degrees. Maybe his most famous arrangement though came with the Jones Girls on ‘Nights Over Egypt’. He was also, the arranger on the Fat Larry Band album ‘Breakin’ Out’, which contained the tunes ‘Act Like You Know’ and the chart topper ‘Zoom’.

In 1980, Richie released his only solo album, ‘Deep’, on the Elektra Records imprint.