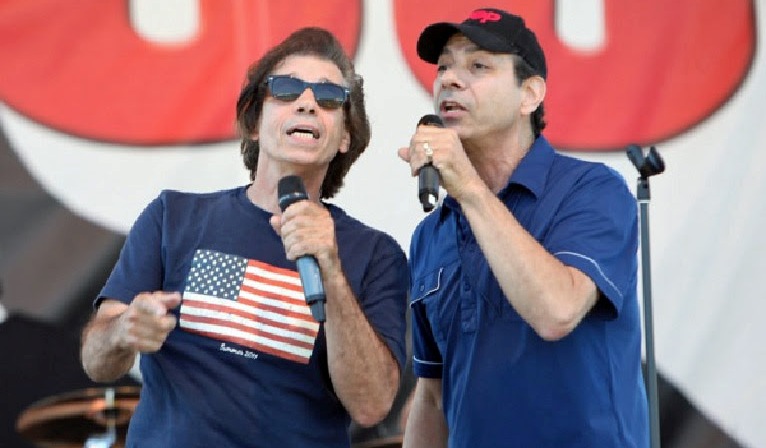 RICHIE INGUI, founding member of blue-eyed, Philly soul group, THE SOUL SURVIVORS, died on Friday, January 13. Richie and his brother Charlie (pictured together above) along with Kenny Jeremiah formed a band called the Dedications in 1962. In 1965 they added more personnel, changed their name to the Soul Survivors and signed to Philadelphia’s Crimson Records.

There they were teamed up with success-hungry, aspiring writers and producers Kenny Gamble and Leon Huff who provided them with ‘Expressway to Your Heart’ – a surging, soul tune with surprising rhythm changes and street sound atmospherics. In 1967 the song hit the pop top 5 and was issued in the UK on both Stateside and Action (both discs now, of course, hugely collectable).

The Soul Survivors enjoyed three more hits – ‘Explosions In Your Soul’, ‘Impossible Mission (Mission Impossible)’ and ‘City Of Brotherly Love’. When the hits stopped the band broke up and Richie became a painter and decorator though in the 80s the Soul Survivors reformed to play oldies shows on a fairly regular basis.

Gamble and Huff’s web site today posted that: “‘Expressway to Your Heart’ launched The Sound of Philadelphia (TSOP) as the first of dozens of hits for Gamble & Huff as songwriters and producers. Richie was a true soul singer who sang from the heart. We will truly miss him, and the unique and mellow voice he brought to of this amazing group, the Soul Survivors.”

The Ingui brothers last performed as the Soul Survivors in November last at the Marian Anderson Awards at the Kimmel Centre in Philadelphia. In 2013, The Soul Survivors were honoured by Philadelphia International Records with the annual Phillies Gamble & Huff Community Partnership Award at Citizens Bank Park.