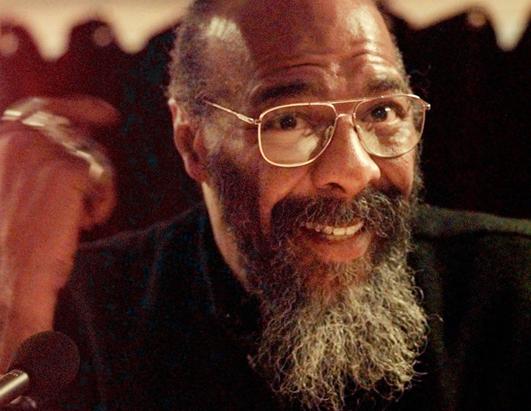 The enigmatic and hard-to-categorize singer/songwriter/guitarist RICHIE HAVENS has died. Reports from the States say that 72 year old died on Monday 22nd April after a heart attack at his home in Jersey City.

RICHIE was born in Brooklyn in 1941 and served his musical apprenticeship as part of the MCCREA GOSPEL SINGERS. In the late 50s he moved to Greenwich Village and became immersed in the then flourishing coffee house folk scene. He made his recoding debut for Douglas Records but as his reputation grew he signed with the bigger set up, Verve Forecast. With his strange mix of soul, gospel and folk HAVENS remained very much a cult figure till his performance at the legendary Woodstock Festival. There he performed for over three hours (some of the bigger names were very late turning up) and his medley of ‘Motherless Child’ and ‘Freedom’ was so powerful that it became a key track on the soundtrack album and the iconic eponymous movie. (Anoraks will note that his alternative version of ‘Freedom’ was featured in the soundtrack of TARRANTINO’S ‘Django’).

RICHIE HAVENS recorded prolifically in the late 60s and 70s and his albums were often a mix of his own songs and carefully selected covers. His most famous recordings are probably his versions of THE BEATLES songs ‘Here Comes The Sun’ and ‘Strawberry Fields Forever’ but it’s for his electrifying and often demanding live performances that he will be best remembered and he continued to tour up till just three years ago.

RICHIE also appeared at the famous Isle of Wight Festival in August 1969 after which he set up his own label, Stormy Forest.

With a brooding presence, he also enjoyed an acting career. He appeared in the original 1972 stage presentation of THE WHO’S ‘Tommy’. And appeared in the Othello-based musical ‘Catch My Soul’. He also appeared in the BOB DYLAN movie ‘Hearts of Fire’.

RICHIE performed at the inauguration of PRESIDENT BILL CLINTON and, ever an advocate for personal freedom and social justice, he became the twentieth living recipient of the Peace Abbey Courage of Conscience Award. That was in 1991.

HAVENS’ family said a public memorial would be announced later and asked for privacy in the meantime. “Beyond his music, those who have met HAVENS will remember his gentle and compassionate nature, his light humour and his powerful presence,” the family statement added.