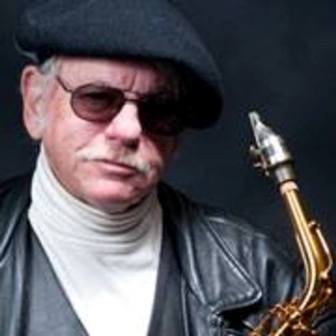 Jazz saxophonist RICHIE COLE died on Friday 1st May at his home in Carnegie, a suburb of Pittsburgh. He was 72. His daughter said he died of natural causes. Born in Trenton New Jersey in 1948, the veteran jazzer is possibly best remembered in the mainstream for his Eddie Jefferson vocalised version of the song ‘New York Afternoon’ (later covered by Georgie Fame and Mondo Kane).

A graduate of the the Berklee School of Music in Boston, Cole’s first big break came when he joined the Buddy Rich Band in 1969, taking over the alto spot from Art Pepper. Following his stint in Rich’s band, Cole played with Lionel Hampton and Doc Severinsen’s Band, and with the Manhattan Transfer. But from the mid-‘70s on, he worked primarily as a bandleader, regularly releasing acclaimed solo albums.  His first album was ‘Trenton Makes, the World Takes’ which was followed by ‘New York Afternoon: Alto Madness’ and that “alto madness” became his catchphrase…and the default subtitle for most of his later projects. Indeed one of his most recent recordings was ‘Have Yourself an Alto Madness Christmas’. Many of “alto madness” recordings became popular on the Acid Jazz scene.

Cole lived in Los Angeles for a time. He later relocated to Trenton before moving, in 2015 to Pittsburgh, to be closer to his daughter, Annie, and her family. In addition to Annie, he is survived by a daughter from a later marriage, Amanda Marrazzo, and by four grandchildren: Annie’s sons, Ricky Barajas and Julian Barajas; and Amanda’s daughters, Emily Marrazzo and Abby Marrazzo.