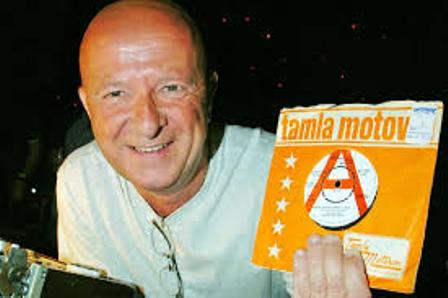 Veteran soul DJ and music entrepreneur RICHARD SEARLING ha been honoured in the Queen’s Birthday Honours list. The 66 year old is to receive the British Empire Medal for “services to the soul music industry and community in the north of England. “

Richard is one of the highest profile DJs on both the Northern and modern soul scenes. Indeed he was one of the first spinners at the famed Wigan Casino and for a time ran a soul shop in the town. Since then he’s hosted thousands of soul nights – most notably his famous Blackburn “dos” and the Blackpool Luxury Weekenders which he organised with his partner in Expansion Records, Ralph Tee.

Richard is also a respected soul broadcaster and has fronted soul shows on numerous stations. At the moment you can hear him on BBC local radio in the North West and Solar while he’s also complied and annotated dozens of soul releases for labels big and small. For some time he combined his soul work with a career at Morrison’s Supermarkets while last year he published his memoirs of the soul scene in ‘Setting The Record Straight’.

Richard says: “I’m delighted and honoured. It’s a reflection of my life in music and something tangible and very prestigious. It’s important to me that this raises the profile of the music, which has lasted the test of time and is something people identify with. We’ve kept flying the flag and playing the music and I think the community benefits from all the work that goes into that. Northern Soul is something the north of England can be proud of and our area is the best-known of all.”

Congratulations Richard Searling… not bad for a Spurs fan!!!