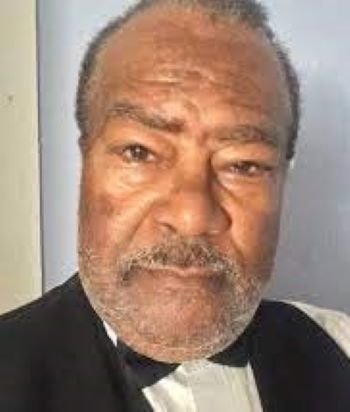 News has reached us that bass singer with BLUE MAGIC, RICHARD PRATT has died. No details are forthcoming but the sad news was announced in a post from the group’s erstwhile lead singer, Ted “Wizard” Mills: “It is with a Heavy Broken Heart that I have lost my Brother/Best Friend Richard Pratt. He was my friend Before our group Blue Magic was ever Formed. It’s so hard losing one of the Original Blue Magic members. My prayers go out to his Wife who called me early this morning. I was trying to be strong for her. Please keep us all in your prayers. May Richard Sleep well in Paradise.

Blue Magic were formed at Temple University, Philadelphia  by student Ted Mills and after scoring a local hit, Mills was forced to link up with another local band, Shades Of Love to go on tour to support the hit. It seems his original group members didn’t want to go on the road.

The “new” Blue Magic were Mills, Vernon Sawyer, Wendell Sawyer, Keith ‘Duke’ Beaton and Richard Pratt. In the mid-70s the group (pacted to Atlantic/Atco) scored a memorable run of hits – most  in the smooth, Philly ballad style.

In the early 80s success started to elude Blue Magic and Pratt quit and the group eventually folded. But  as is often the way with vocal group, various splinter versions of the band eventually emerged – all  laying claim to the name. Pratt formed his own version – Richard Pratt’s Blue Magic, though the original quintet did bury the hatchet to get together again for a TV show in 2018.