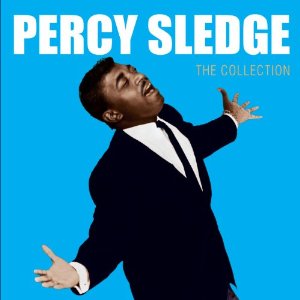 Throughout 2012 WARNER/RHINO have served soul collectors well with the release of a number of fine retrospectives on key artists. They end 2012 with a couple of albums from different ends of the soul spectrum.

First up they offer a 22 track look at the career of PERCY SLEDGE. Simply titled ‘The Collection’, the album brings together the very best of the Southern soul man’s 60’s output. Naturally, ‘When A Man Loves A Woman’ is in there but other hits like ‘Warm And Tender Love’ and ‘Take Time To Know Her’ are also featured. The LP also includes SLEDGE’S distinct readings of classics like ‘You Really Got A Hold On Me’, ‘Come Softly To Me’ and ‘Any Day Now’.

The other new Warner/Rhino collection is quite different…. ‘The Very Best Of SHOLA AMA’. The London-born singer achieved fame in 1997 with her cover of ‘You Might Need Somebody’ and that song kicks off proceedings here. The album also features her first recording – the D’INFLUENCE collaboration, ‘Celebrate’ – along with all her best from the late 90s.