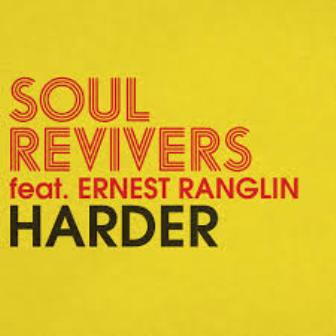 The SOUL REVIVERS are a new UK duo… though to call them “new” isn’t quite accurate. They are in fact music biz veterans… Nick Manasseh and one time Ballistic Brother, David Hill. Their debut single is called ‘Harder’ and it features input from someone with an even longer track record…. legendary Jamaican guitarist Ernest Ranglin.

Obviously there’s a reggae feel to ‘Harder’ – but there’s much more than that. It rides a jaunty groove and there’s a real old school vibe to it…. the clue’s in the duo’s name!  Gilles Peterson is already championing it and Jazz FM are play listing it too.

The track is available digitally now and there’ll be a vinyl 7” in July. We’ve also learned that ‘Harder’ is the lead single from an upcoming Soul Revivers’ album, ‘No More Drama’, due soon on Acid Jazz Records.