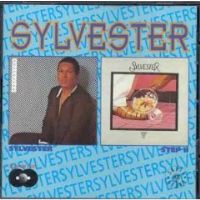 Ace Records have just re-instated some previously deleted items back into their catalogue. Amongst them is a trio of albums on SYLVESTER who, of course, rose to prominence at the height of the disco boom. Sadly he’ll always be tagged with the disco label but SYLVESTER (JAMES), who died in 1988, was also a great soul stylist. Check out his version of BURT BACHARACH’S ‘I Took My Strength From You’. Fans of the ISLEY BROTHERS who don’t have the boys early recordings might want to investigate ‘Shout And Twist With Rudolph, Ronald And O’Kelly’ while for funk followers ‘Super Funk Vol. 2’ and ‘Stax Of Funk’ are musts. Also back on catalogue is the label-defining ‘Stax Gold’ – though most soul fans will have all its tracks, I’m sure. Finally – a couple of new Ace compilations that should interest collectors: ‘Breakaway’ – featuring the songs of JACKIE DE SHANNON offers cuts from people like IRMA THOMAS, DOBIE GRAY and BARBARA LEWIS while ‘The Golden Age Of American Popular Music Volume 2’ has rarities from GENE McDANIELS and SAMMY TURNER.