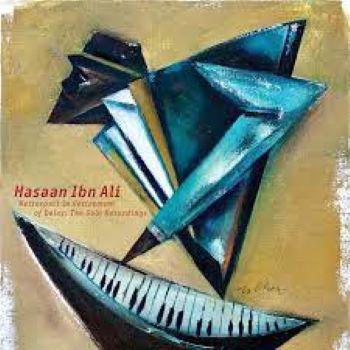 HASAAN IBN ALI was a Philadelphia jazz pianist who died in 1980. He played with many jazz greats including John Coltrane, McCoy Tyner  and most famously, maybe, Max Roach with who he recorded the acclaimed  ‘The Max Roach Trio featuring the legendary Hasaan’ which was released on Atlantic in 1965. Earlier this year, Ali’s “lost” solo album (recorded just after the Roach sessions; the tapes of which were thought to have perished in a fire prior to a 1966 release) was released to critical acclaim and now Omnivore Records are gearing up to release another lost collection on the pianist… ‘Retrospect In Retirement of Delay. The Solo Recordings’.

It seems that back in the early  60s two jazz-mad students at the University of Pennsylvania (Alan Sukoenig and David Shirer) taped several of Ali’s solo performances at various locations. It’s the best of those tapes that make up this 2 CD, 21 track album.

The music is a mix of originals and standards  and the album comes with a comprehensive booklet that outlines  the importance of the music and the impact that Hasaan Ibn Ali was to eventually have.