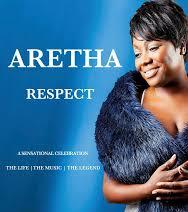 Sadly for soul lovers 2018 will be chiefly remembered for the passing of ARETHA FRANKLIN. Thankfully we have her music as a lasting legacy and plenty of people are working hard to keep her memory alive too. Amongst them is UK singer JANINE JOHNSON who, next year, is taking to the road with her own Aretha tribute show – “RESPECT”.

Janine is a well-known session singer and backing vocalist and has worked with people like George Michael, Take That and Paloma Faith. Out on her own she’s released the album ‘Strength, Wisdom and Growth’ and now has a new EP called ‘Passion’ on the way. Her musical director for the show is Malcolm Maddock (whose credits include work with James Brown, Elton John, Lionel Richie, Stevie Wonder, and George Benson). He heads an 8 piece band made up of seasoned soul sessioneers.

The tour begins at Oakengates on 25th January and runs right through the year with the last date at Exmouth in December. A diligent internet search will give you all the details.