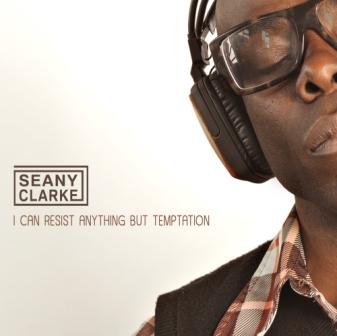 SEANY CLARKE is a UK singer/songwriter who once fronted the band HardKandy. He’s now striking out on his own and on February 19th his album ‘I Can Resist Everything But Temptation’ hits the sales racks.

Musically the soundscape is classy 21st century pop with a soulful undertow – understandable since Seany cites his influences and inspirations as Shuggie Otis, Sly Stone, Curtis Mayfield, and Elvis Costello.

The ten tracker is self-penned, self-produced and self-played and the LP title (and song itself) is a nod to Oscar Wilde and his exploration of self-indulgence and misplaced desires.

Soul folk will probably find most to like in the enigmatic ‘Jimmy Found A Broken Star’ while the album’s title tune has a quirky appeal too.