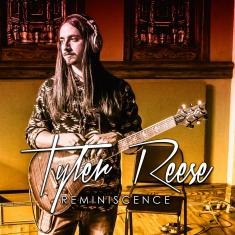 TYLER REESE is a young Nashville session guitarist whose credits include work with Prince and Pat Metheny. Reese has just released his latest solo album… a self penned 11 tracker called ‘Reminiscence’.

Released on Remu records, the guitarist says: “The seed of my inspiration for the album came from needing a change and a musical recharge – something fresh and new –so I delved into writing and found myself back at my jazz roots and renewed love of fusion. It has rekindled my musical soul”.

Tyler Reese’s ‘Reminiscence’ was produced by Jeff Silverman and you can learn more @ www.TylerReeseMusic.com