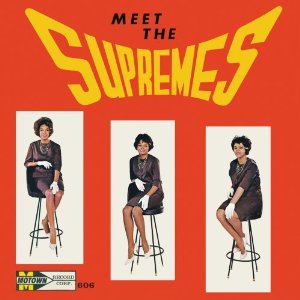 Five years ago Motown released a wonderful 3D CD set that chronicled the story of the SUPREMES in the first part of the seventies. Entitled ‘This Is The Story … The Jean Terrell Years’ the box set covered the girls’ career up to 1973. Now the label has just issued another box that concludes the SUPREMES’ Motown story.

‘Let Yourself Go … The Final Sessions’ covers the period 1974 – 1977 and includes all the girls’ albums from that period along with numerous bonus cuts which include remixes, alternate takes and a complete alternate mix of the acclaimed ‘High Energy’ album. The mainstay throughout is MARY WILSON who is joined (variously) by SCHERRIE PAYNE, CINDY BIRDSONG and SUSAYE GREENE.

As with that first SUPREMES’ box set, this one comes in a lavish book style package which is stuffed with lengthy liner notes, interviews with MARY, SCHERRIE, CINDY and SUSAYE, exclusive pictures and quotes from BRIAN HOLLAND. SUPREMES’ fans (and, indeed, all collectors) will need the album – but they’ll need to be quick. The set is a strictly limited edition of 5,000 and the release date is 4th July.