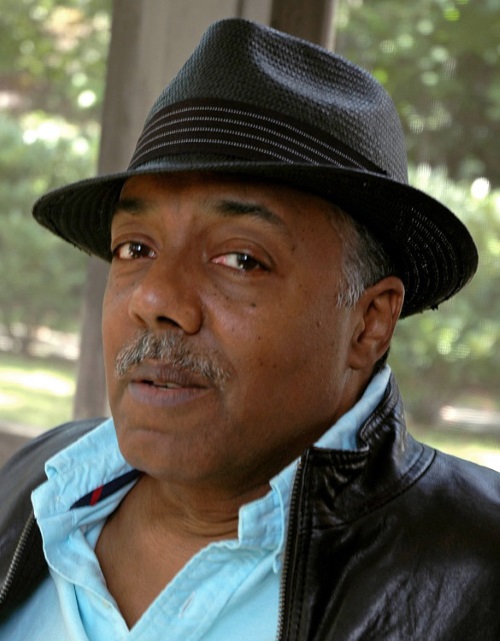 REGGIE LUCAS – guitarist and song writer extraordinaire – died on Saturday 19th May in New York. He was aged 65. Reggie’s daughter, Lisa, posted: “After a long and arduous struggle with his physical heart (his emotional one was perfect) he was called home. I wish he’d had more time, I wish we’d all had more time with him, but he left this world absolutely covered in love, with his hands held and his family beside him. I’m glad he’s at peace now.”

Born in Queens, New York, young Reggie immersed himself in music from an early age. Aged just 17 he joined Billy Paul’s road band as guitarist; two years later he was working with Mile Davis. From there he joined Roberta Flack’s band where he met James Mtume. (the pair are pictured below) Working in tandem with Mtume, Lucas went on to write some of the most memorable soul songs of the 70s and 80s. Amongst their best known songs are: Stephanie Mills’ ‘What Cha Gonna Do With My Lovin’, Phyllis Hyman’s ‘You Know How To Love Me’, Lou Rawls/ the Spinners’ ‘Got To Be Love’, Eddie Henderson’s ‘Say You Will’, Gary Bartz’s ‘Music’ and Roberta Flack’s ‘The Closer I Get To You’.

Reggie also produced Madonna’s debut album and wrote her #1 hit “Borderline’. He was a member of the band Sunfire and eventually ran his own studio – Quantum Sound.