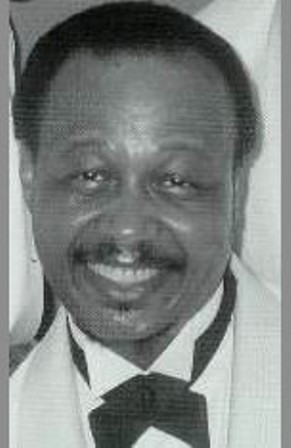 REGGIE HAYNES – founding member of 70s vocal group THE ESCORTS – has died aged 71. Though never major players in the soul group stakes, The Escorts’ USP was the fact that they were formed in prison! Their incredible story deserves re-telling.

The Escorts first got together at the Rahway High Security Prison in New Jersey in 1969 when Haynes and some fellow inmates used their recreation time to sing rather than play sports. In 1971 producer George Kerr visited the prison at the request of singer Linda Jones whose brother was an inmate there. The occasion was a prisoners’ variety show and Kerr was impressed with Haynes’ group and set about trying to get permission to record them; that permission was eventually granted in 1973 by which time most of the original group had left. Kerr and arranger Bert Keyes recorded the backing tracks in a conventional studio and then pitched up to the prison with a mobile recording unit. By this time Haynes’ group consisted of himself alongside Lawrence Franklin, Robert Arrington, William Dugger, Frank Heard, Marion Murphy and Stephen Carter whose falsetto was very similar to Smokey Robinson’s. The makeshift studio was set up in the prison’s psychiatric ward and the 11 tracks that were recorded were leased to the new Alithia Records. Now named the Escorts, their first single consisted of two old Kerr songs that he’d previously cut on the O’Jays – ‘Look Over Your Shoulder’ and ‘I’ll Be Sweeter Tomorrow’.

Haynes was released in 1973 and started to promote his group and their first LP ‘All We Need Is Another Chance’. Incredibly, the group also performed a sell-out concert at Newark Symphony Hall with the band (minus Haynes… he was free man) transported in handcuffs from the prison to the show and back! The group’s second album was ‘3 Down, 4 To Go’ (three of the group were now free, four still in jail!).

Obvious operational problems meant that the group eventually disbanded. Haynes cut a solo album, ‘On Wings Of Love’ in 1986 and went on to create a new group – The Legendary Escorts – and they toured well into the millennium.