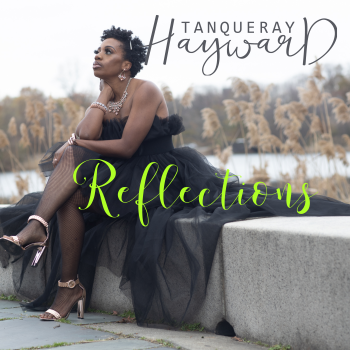 TANQUERAY HAYWARD is Philly soul singer who began her career in the church and trained for a medical career and then served for a time in the US navy. However, the music biz was always her first love and her first big break came when she was recruited by Pink as a backing singer. This then led to work with people like the Mighty Clouds of Joy, Marvin Sapp and other gospel artists.

Ms Hayward, a mainstay on the Philadelphia bar and club scene, has just finished her debut album which we believe is to be called ‘Definition Of A Woman’ (due very soon). Ms H released the LP’ s first single, ‘This Kind Of Love’, last September. The searing, building, old school soul ballad was positively received and now Tanqueray follows it with another soulful tour de force… a gentle ‘Reflections’. It’s not the old Supremes’ song, rather, a tender, introspective affair with the central lyrical conceit focusing on mirrored reflections of lvers. It’s out now and bodes well for the imminent long player.