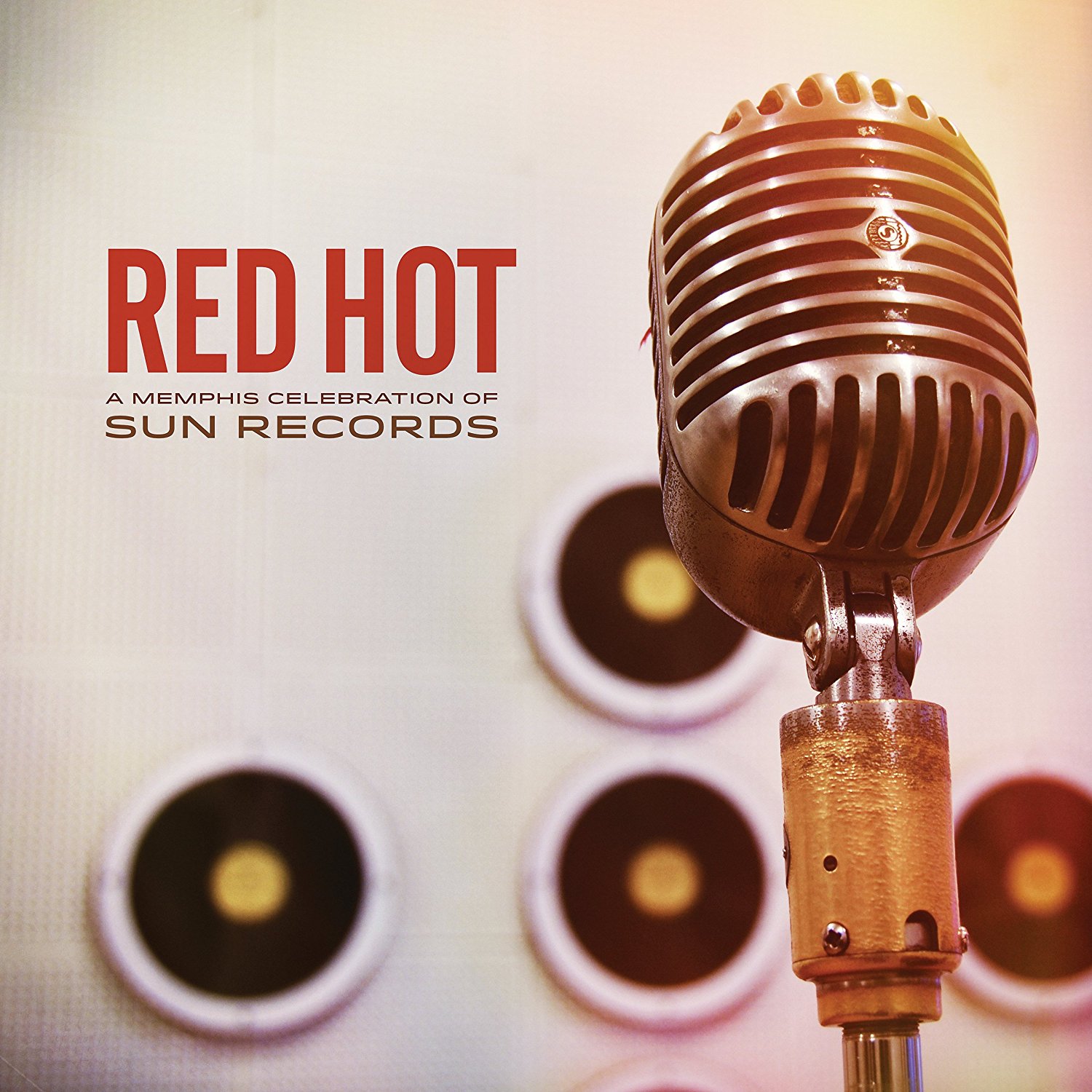 The city of Memphis holds a unique place in the history of popular music and one the city’s iconic labels – SUN – is rightly regarded as one of the most important and influential imprints. Sun Records was the baby of Sam Philips who opened the legendary Memphis Recording Service in 1950. In 1959 he moved into new premises and grandly renamed his operation Sam Philips Recording Service. Recordings issued on Sun and/or recorded by Philips are amongst the most iconic in the canon of popular music in the second half of the 20th century – recordings that featured legends like Elvis Presley, Jerry Lee Lewis, Carl Perkins, Johnny Cash, Roy Orbison, Howlin’ Wolf, BB King and Junior, Parker.

To celebrate the achievements of Philips and Sun, the Americana Music Society have just released a concise 10 tracker – ‘RED HOT… A MEMPHIS CELEBRATION OF SUN RECORDS’. All the musicm on the album was recorded in Philips’ garlanded studios and production’s down to Luther Dickinson of the North Mississippi Allstars. He’s called in a whole team of Memphis musicians to help him deliver his tribute – amongst them John Paul Keith, Bryan Hayes, Bobby Rush and Alvin Youngblood Hart who delivers a full on rendition of Johnny Cash’s ‘Folsom Prison Blues’. Other highlights include Luther Dickinson’s take on Howlin’ Wolf’s ‘Moanin’ At Midnight’ and Valerie June’s version of Carl Perkins’ ‘Sure To Fall’ which Beatles’ fans will tell you was a mainstay of the Fabs’ early stage shows.

Sam Philips’ mission statement with Sun was “to sell hope to people who have none” and in keeping with that spirit, all proceeds from ‘RED HOT… A MEMPHIS CELEBRATION OF SUN RECORDS’ will go St Jude Children’s Research Hospital that leads the way in America in treating childhood cancer.