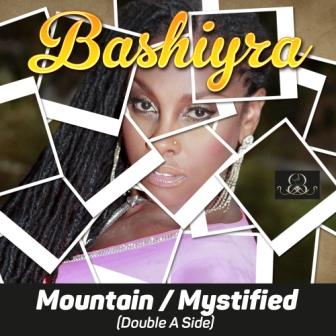 UK soul singer, BASHIYRA is one of the country’s top session singers (credits include work with Diana Ross and Patti Labelle) and she’s regularly on the road as a backing vocalist. She made her solo recording debut back in 2009 with the album ‘Thought You Knew’ and since then she’s made regular solo recordings, most notably with 2015’s ‘Woman’. Ms B also sang at The Opening Ceremony of The London 2012 Paralympic Games and she’s won a slew of awards.

That track record was enough to convince Grammy award-winning and multi-platinum record producer Herb Middleton to sign Bashiyra to his NuVybe Records and we’re promised an album next month. In the meantime, today (June 8th) sees the release of the set’s first single – the double A sider, ‘Mystified’/ ‘Mountain’. The former is a light, bright, pop-soul confection; the latter rides a more soulful groove and has a feel of ‘I Knew You Were Waiting’ about it. It goes without saying that Bashiyra sings beautifully throughout.