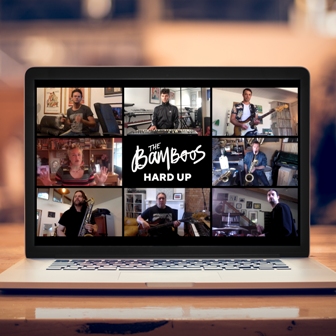 Marshalled by soul multi tasker LANCE FERGUSON, Aussie soul band THE BAMBOOS  return to the fray with a new single… a stripped down, slab of modern funk, ‘Hard Up’. It’s the band’s first new music since 2018 and features vocals from their long time collaborator Kylie Auldist. She’s in fine form, trading lines with a Hammond-led backing track and an anonymous whistler!

Ferguson says: “Kylie and I wrote ‘Hard Up’ before COVID 19 turned the world upside down. But it feels like it strikes an even louder chord right now. It’s a song about the struggle and the fight to hold your own in life, and never ever backing down.”