RE RESET TO ZERO! 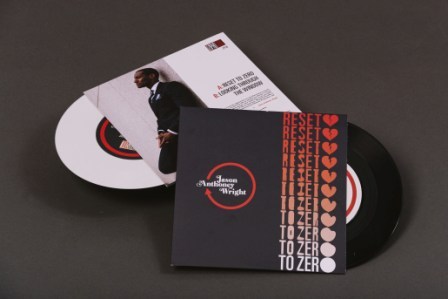 Think it was as far back as 2008 when Nottingham’s ANTHONEY WRIGHT won hearts and souls with his single ‘Reset To Zero’. Back then we described is as having “a very distinctive charm that’s hard to pin down. It’s totally contemporary (think DUFFY’S ‘Mercy’), but there’s a real retro feel about it. The chorus is instantly memorable and there’s a wonderful hook in the verse, but it’s ANTHONEY’S voice that does it.” The song was the focal point to his album, ‘Feet On The Ground’ from which ‘Looking Through The Windows’ (not the Jackson 5 song, by the way) was always a highlight.

Well, if you missed those two lovely tunes, they’re just about to be reissued by IZIPHO SOUL on this new fangled thing called 7″ vinyl! For some reason the singer is now billed as JASON ANTHONEY WRIGHT but that doesn’t matter ‘cos the songs are still winners.

Patrick Biggerstaff, owner of IZIPHO SOUL Records contacted Jason having admired this song for many years and tied up the deal. However, the release is limited to 500 pressing when they are sold they are gone! No re-pressing!!!