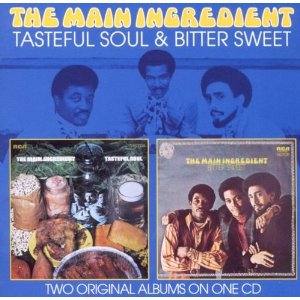 Lots of great soul reissues around at the moment – here’s a few worth investigating.

The Super Bird label is currently offering a great twofer on the MAIN INGREDIENT. The set pairs the harmony group’s 1971 ‘Tasteful Soul’ set with ’72’s ‘Bitter Sweet’. Both boast hits – ‘Spinning Around’ and ‘Everybody Plays The Fool’ amongst them, but it’s surprising just how well some of the lesser known tracks have travelled down time. ‘Bitter Sweet’, of course, marks CUBA GOODING’S debut with the group and you can hear how he adds a new dimension to the outfit’s trademark soft soul sound – even on the show tune ‘Who Can I Turn To’. Check out a full review on our “Reviews” section. Super Bird have also reissued MICHAEL HENDERSON’S ‘In The Night Time’ – you can catch a full review of that one on our reviews pages.

bbr Records have just reissued DENIECE WILLIAMS’ 1977 album ‘Song Bird’. It was the one-time Wonderlove singer’s second set and, like her first, produced by her early mentor MAURICE WHITE. It yielded only one hit – the catchy ‘Baby, Baby My Love’s All For You’ which you get twice on this reissue – album cut and the single version. The same label is also pushing the long-neglected ‘New Directions’ from TAVARES. The set (first released in 1982) did indeed offer a new direction for the brothers. It was their first album for RCA Records and with it the boys hoped to throw off the disco image that they’d been saddled with in the late 70s. Working with producers KENNY NOLAN and RIC WYATT they crafted a subtle , soft soul sound with, in places, at least, a keen edge. The LP’s biggest hit was ‘A Penny For Your Thoughts’ which here is offered in album and single formats