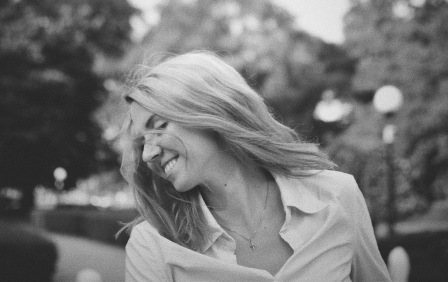 RITA RAY (born: Kristi Raias) is a blue eyed soulstress from Estonia and she’s currently putting the finishing touches to her debut album…. ‘Old Love Will Rust’ and from that she’s just released a new single, the energetic and catchy ‘Disco Stu’.

Not too sure what’s going on lyrically (the Simpsons, of course) but as the title suggests, melodically, this is a pleasing disco romp with hints of the best of the Philly sound. Rita’s people describe the sound as “Aretha Franklin being the fifth member of The Beatles”... not too sure about that, but if you’re intrigued you can make up your own minds when ‘Disco Stu’ wins release on 8th November.