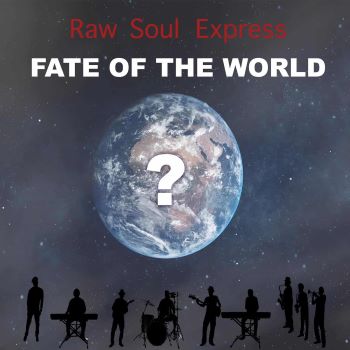 Veteran soul collectors will know about Miami funksters RAW SOUL EXPRESS. They’ve been around since the 70s and, never premier league players, they do have a decent fan base and those lucky enough to have their ‘The Way We Live’ single will know they’re sitting on a few quids worth of vinyl!

We’ve not heard much from the band for many years but now they’re making a comeback of sorts with an old school soul and funk outing ‘Fate Of The World’. The band still retains many of its original core and they say that ‘Fate of the World’   touches upon the Black Lives Matter movement, the COVID pandemic, the economy and Global Warming. Though they’re quick to add that the song doesn’t set out to preach, rather to ask questions.

Sonically, ‘Fate Of The World’ is a brassy, sparse funk outing with a proper strutting bass line that evokes the classic sounds of TK. It’s good to go now!